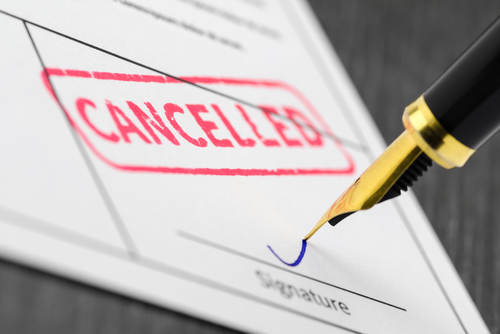 RPAPL § 1501 (4) provides that ‘[w]here the period allowed by the applicable statute of limitation for the commencement of an action to foreclose a mortgage … has expired,’ any person with an estate or interest in the property may maintain an action ‘to secure the cancellation and discharge of record of such encumbrance, and to adjudge the estate or interest of the plaintiff in such real property to be free therefrom.  Our New York foreclosure attorney can advise you if your mortgage is dischargeable.

Acceleration of the Mortgage

The statute of limitations to foreclose on a mortgage in New York is six years and it begins to run when the mortgage debt is accelerated.  It is important to understand acceleration in the realm of mortgages.  A mortgage acceleration occurs when the bank calls in the entire loan amount.  This means that the bank makes a demand to the borrower that the entire debt is now due regardless of how much time is left on the term of the loan.  A bank may elect to call in the entire loan amount when the borrower defaults (usually after several missed payments), or on seldom occasions, when a borrower breaches a clause within the mortgage instrument.

A bank is deemed to have accelerated the debt either: 1) in writing advising the borrower that the entire outstanding mortgage balance is now due; or 2) filing a summons and complaint commencing an action to foreclose on the mortgage.  The most common method of acceleration is the latter.  Once the mortgage has been accelerated, the statute of limitations begins to run.

The Process which Gives Rise to a Potential Mortgage Discharge

Occasionally, the bank in a foreclosure action will have no choice but to discontinue an active case.  This may happen when the bank realizes there is an error in their pleadings or evidence that cannot be corrected, and the court would not grant the bank a judgment in their favor.  This happens because of the volume of cases that banks assign to various law firms and very often, the firm’s limited resources cannot tolerate the volume.  When an attorney finally ends up reviewing the case, the mistakes are clear, and they will choose to discontinue the action.  Or in the alternative, if the action is not voluntarily discontinued by the bank, it is dismissed by the Court for inactivity, abandonment or non-compliance of a court order.

Whether or not a mortgage is dischargeable after it has been accelerated is best illustrated by example.  Let’s assume the bank commenced an action to foreclose on a mortgage on February 15, 2011.  By filing a summons and complaint, the bank accelerates the entire mortgage on February 15, 2011. For whatever reason, the bank could not proceed with the foreclosure action and it lingered without activity for two years, and was eventually discontinued by the bank in sometime of 2014.  The six year statute of limitations in the example above started on February 15, 2011.  This means that the statute of limitations would expire on February 14, 2017 (six years later).  Thus, the bank would only have until February 14, 2017 to commence another foreclosure action, otherwise, the claim will be time barred.  Should the bank fail to commence a foreclosure action before the six years is up, the borrower will now have a potential cause of action to cancel the mortgage under RPAPL § 1501 (4).  There are however, exceptions to the rule above which are addressed below.

What Can Preclude the Borrower’s Possible Cause of Action to Cancel the Mortgage?

When served with a summons and complaint, it is best to consult with a New York Foreclosure attorney to understand your rights and options.  Specifically, only a foreclosure defense attorney would be able to determine if you have a quiet title cause of action to discharge your mortgage.

Call us today at 718-520-0085 if you have been served with a summons and complaint and we will analyze your case to determine if you have a possible cause of action to discharge your mortgage.  You can also email us through the contact us page.